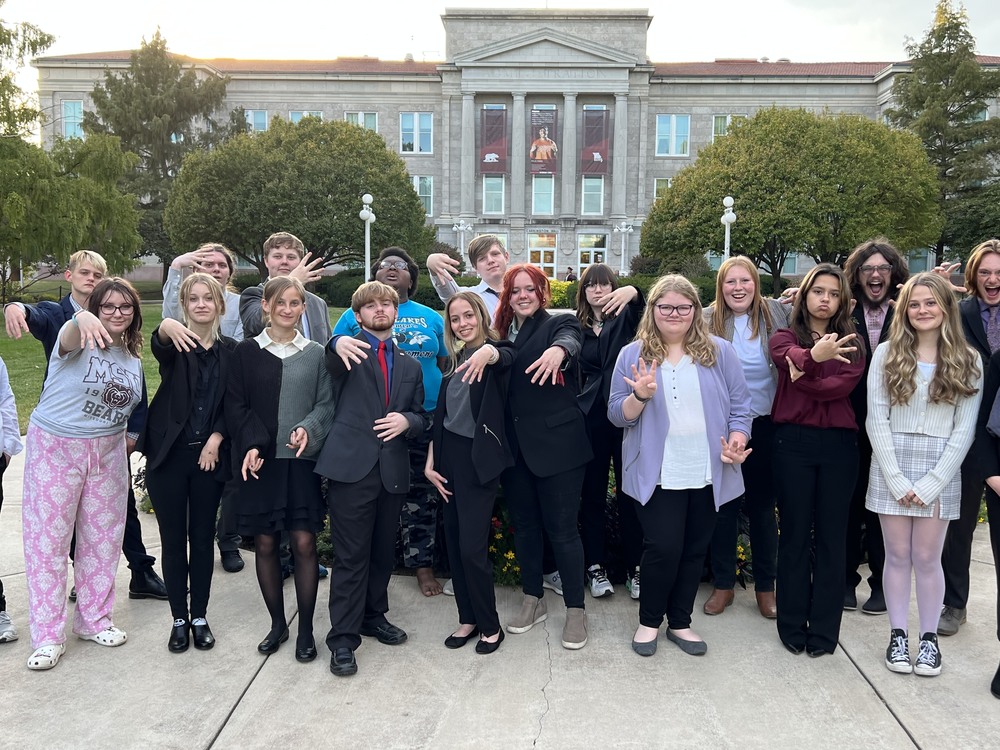 Speech and Debate had its official season opener at MSU this past weekend. It was a hectic tournament where students competed among schools from across the southwest corner of the state.

80% of our debate entries have a 50% or better win rate in prelim’s.
23 events went to semifinals or beyond in individual events
16 trophies from debate events
10 trophies from individual events
All of this while not competing any but 2 students homecoming week (first legal competition week for Missouri was last weekend) when most of those who finished better did (Willard, Republic, Central, Kickapoo)

If you see the following students, please celebrate an incredible weekend with them!